On May 6, 2004, the last episode of the most iconic sitcom in television history was aired. The series has enjoyed high popularity for a decade, and it does not seem to decrease so far. How did it happen that the TV show “Friends” became a permanent feature of pop culture and left their mark on it?

Friends – that is Rachel, Monica, Phoebe, Joey, Chandler, and Ross – first appeared on television screens on September 22, 1994, on the American television NBC.

Since then, the sitcom about a group of friends from New York has garnered millions of fans around the world, and its actors – such as Jennifer Aniston and Matthew Perry – have raised them to the status of the biggest stars of Hollywood.

Despite the fact that the last episode of the series premiered in 2004 (its broadcast was watched by over 50 million Americans), it still arouses great interest among fans.

Streaming platforms, which bought the rights to include “Friends” in their offer, helped in this. From 2015, all episodes could be watched on Netflix. Infact, its one of the best comedies shows on Netflix you can watch today.

“Friends” brings huge profits. According to Marketplace.org, Warner Bros. earns $80 to $100 million a year on the show. Netflix, on the other hand, paid 30 million dollars a year for including all 236 episodes of the sitcom in its offer.

You can watch it over and over again

Despite the fact that many of us know the series by heart, we still watch it. This series is timeless and never gets boring. Knowing the ending or dialogues, we should never come back to it. But it is quite the opposite – we watch it over and over again. Interestingly, it connects generations because it amuses different generations. Additionally, even if we come across Friends on TV, we probably won’t switch the channel. Therefore, the huge plus of the series is that we can watch it no matter what season we hit because each episode is a new story.

Friends are exactly six distinctive characters that we love with all our hearts. Chandler, who tells embarrassing jokes in stressful situations, Joey, the star of television series, whose world consists of sandwiches and beautiful women, or Ross – a paleontologist, from high school in love with Rachel and with dinosaurs since childhood. The fair sex in this series is always organized and perfect Monica – Ross’s sister, Phoebe, who surprises and terrifies with stories from her life, and the aforementioned Rachel, daddy’s daughter, who begins her real life when she escapes from the altar (in the first episode of the series). Six people with completely extreme personalities who share huge mugs of coffee together in the (already) iconic Central Perk cafe, mutual sympathy, and friendship as one of the strongest ties.

Importantly, the series reflects the essence of friendship. The characters are people who are really devoted to each other, which doesn’t mean that they always live in harmony. It is better or worse between them, but at critical moments they can always count on each other. Their mutual relations, as in life, are not very simple. Friendships between some of them last longer, others are related to a deeper feeling, we also have siblings among “Friends”. Each of the characters has a different personality, a different story, and this translates into their mutual relations and creates an interesting network of connections. The important thing is that it is not a crystal friendship, there are arguments, misunderstandings, disappointments.

If you’ve somehow watched this sitcom a hundred times and are fed up with it, it’s a sign that you should look for an alternative. There are many other shows that might be on par with Friends, but why should you look for them? Test your knowledge about the show with this quiz and the love for Friends will be back again, definitely. You will recall the best moments of the „fantastic six,” their ups and downs.

This sitcom is simply pleasant to watch. There are no bloody or violent scenes in it. Sex is talked about, but not in a vulgar or exaggerated way. There is practically no internet, social media, that is, everything that we encounter every day in today’s times.

Friends is a timeless series that combines humor and a deeper message, related to the power of friendship, true love, and the need for self-realization that gives satisfaction. The phenomenon of the series also lies in the brilliant cast as well as the flexibility associated with moderating the script on an ongoing basis. 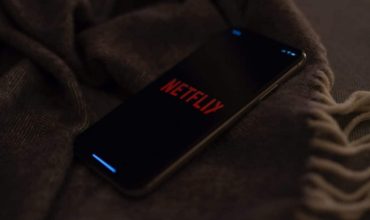