People are traveling more than ever. You can get to any corner of the world within a day or two. However, some destinations are more popular than others. Such places are often referred to as tourist destinations.

Tourist destinations are the places that are being visited by so many tourists and for such a long time, that their economy is becoming tourism-oriented. That means that everything is being adjusted to you as a tourist, so you don’t feel too foreign and lost, but also to make you spend more money.

Aside from the legitimate economy, every tourist destination has developed an illegal tourist economy, including various tourist traps. A lot of them are based on currency exchange, so it’s very important to exchange your money before you head abroad. You can do it online with services such as US First Exchange.

There are different tourist traps varying from place to place. No matter how hard the local authorities try to eliminate this phenomenon, it will always reoccur. However, you can learn how to spot and avoid some of the most common and universal tourist traps in order to protect your money.

Whether it’s the US or a foreign airport, you should always avoid the exchange offices there. There are usually very few of them, which means that there is no competition that would lower the exchange rates.

Exchange offices at the airports usually agree to work at the same, unreasonably high rates, because they know that you don’t have any other choice at that point. That’s why you should always prepare before the trip and exchange your money on time, online or somewhere else.

Even if you find yourself at the airport without the exchanged foreign currency, you should be patient and find a way to avoid exchanging the money at the airport. You should use a credit card, or if you have to, exchange just the amount you need to get to your destination. You will definitely find better rates at the exchange offices in the city.

One of the most common and yet legal tourist traps is the 0% commission exchange offices. They are very common in tourist cities like Prague. These exchange offices advertise that they don’t charge a commission, deceiving tourists into thinking that they can exchange the money for free.

The law is powerless here because factually they are not lying. Most of the exchange offices everywhere in the world don’t actually charge the commission, they instead markup the exchange rates in order to make a profit. However, honest exchange offices will not try to deceive you into thinking that they’re doing it for free.

You should never trust a profitable business that’s offering a free service because there is no such thing. That is usually a sign of fraud. In this case, the exchange rates are unreasonably high, and tourists who believe them end up losing a lot of money on currency exchange. So, if you have to exchange money abroad, avoid doing it at 0% commission exchange offices.

You can notice currency dealers in the streets of many foreign cities. They are usually standing at the corner and will probably approach you if they guess that you’re a tourist. You should avoid exchanging currency with them.

For one, their business is illegal. That means that they can trick you by selling at very high rates, or even give you fake notes because they are already illegal and don’t risk anything by scamming you. By working with them you’re already committing a crime, so you don’t have the credit to contact the police once you get tricked.

Even if you do get the real money at favorable exchange rates, you’re risking getting caught by the police. The last thing you want to do in a foreign country is to get into trouble with the law.

Always Ask About the Price

You should never assume the prices abroad, even if what you’re buying seems very cheap and you have a lot of money. This especially stands for bargaining cultures, such as Turkey. Merchants over there will expect you to negotiate about almost anything, which means that they will initially come out with an exaggerated price.

If you don’t ask about the price before confirming your purchase, you will definitely be surprised by the price. The merchant will suppose that you don’t mind their exaggerated price, and at that point, it’s too late to negotiate.

This is especially problematic with catering services. For example, you order a coffee and a breakfast without asking for a price, you consume it and request a check. The caterer will strike you with an exaggerated price, leaving you in a basically non-negotiable situation, since you can’t return their goods anymore.

Don’t Take the Taxi at the Airport

You should arrange your transportation from the airport before you arrive. Even if you find yourself at the airport without agreed transportation to your destination, it’s not too late to go online and find something reasonable. What you shouldn’t do is go with those taxi drivers approaching you and offering a lift.

They are usually not a part of any common taxi company that works at competitive prices. They are most likely licensed individuals with permission to park at the airport entrance/exit. That permission is by no means free, so they are trying to make up by charging you more. Eventually, they will find someone naive or in a hurry, but there’s no reason that should be you.

Have a Safe Trip

As already mentioned, these are some universal phenomena at tourist destinations, but in order to optimize your protection, you should look up advice on the exact destination you’re planning to visit. Bon voyage! 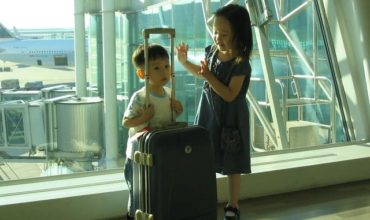 7 Ideal Places for an Exotic Getaway near Mumbai 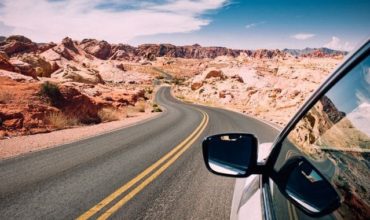