Stranger Things, the Netflix science fiction-horror show, presents the theme of quite a few shady vanishings in a small town. The Stranger Things Season 4 is finally around the corner. It is expected to release in the late 2020 or early 2021. We can predict the release date after seeing the pattern of season 1, 2, and 3.

Stranger Things Season 4 has revealed to have nine episodes. The season started in 2016, which showcased the odd incidents of the town of Hawkins, Indiana. It also showed how the people living there reacted and escaped the conflicts in the 80s. The creator of the season, Matt and Ross Duffer, don’t believe in extending the length and launched only eight episodes in season 1 and 3. However, the second season was a bit prolonged due to the fantastic event, “The Lost Sister.” Season four may have the same number of episodes.

In the fourth season, we are expecting to see Millie Bobby Brown (Eleven), Finn Wolfhard (Mike), Noah Shannapp (Will), Sadie Sink (Max), Caleb McLaughlin (Lucas) and Gatton Matarazzo (Dustin). Winona Ryder will, however, reappear being a Stressed and lovable mother, Joyce Byers. Also, the teaser that hit the internet on 14th of February 2020 revealed that the popular cop from Hawkens,  Jim Hopper is back! See for yourself.

Read below to recall what happened in the previous seasons:

Season 1: The Upside Down

The first time we saw Stranger Things in 2016 showed young kids Will (Noah Schnapp), Dustin (Gaten Matarazzo), Mike (Finn Wolfhard), and Lucas (Caleb McLaughlin) who loved Dungeons and Dragons. The boys noticed that Will is missing after which they started searching in the woods and then came a small, scared girl Eleven. She was utterly lost and knew only her creepy scientist father and painful mental assessments. She was taken along to Mike’s house, where she sees Will photograph.

Eleven exposes that Will is in a parallel universe filled with monstrous creatures known as the Upside Down. The group tries to find Will ending up in a fight and disband. Later Lucas informs Mike that Hawkins’ National Laboratory agents were approaching Mike’s house to find Eleven. In the end, Joyce Byers, Jim Hopper, and others join together to find Will. Eleven through her power saves the boys when they were attacked and vanishes without leaving any clue. The season comes to an end with the boys at the hospital reunited with Will.

Season 2: The Mind Flayer And Demogorgons

It was Halloween 1984 from where the season 2 started; a whole year after Will returned home. Season 2 introduced the new monster named the Mind Flayer and revealed that Eleven was hiding in Hopper’s house. The Mind Flayer has control over the Upside Down and all inside it, including the Demogorgons and vines. The monster also controlled Will until the end. It was free when Joyce used warmness to take it out of her sons’ body. Eleven once again saved Hawkins by sealing the gate of the Upside Down by tricking the Shadow Monster and Demogorgon.

Season 3: The Rise Of The Mind Flayer One Again

After the release of season 3 last year, it became one of the most top Netflix series. The Mind Flayer returned due to some prying Russians. The foundation of the Star Court mall initiated strange activities and many deaths across Hawkins. In the end, Jim’s death left people believing that Byers’ and Eleven would no longer exist, but right after the after-credits scene, it gave a clue that Jim might still be alive.

We will also wait to see Maya Hawke (Robin) and Preah Ferguson (Erica) in season 4. They have made huge fans after their amazing scenes in season 3. After three years, they were all grown up with better acting and thinking skills. Everyone is excited to see how different they would look in the new upcoming season. Don’t forget to watch Stranger Things Season 4 on Netflix soon. 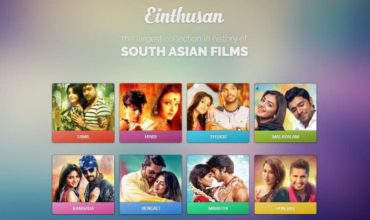