If you and your company are looking for systems engineers, you probably already know that it’s an important job with a ton of nuance. It’s a position that only the most experienced information technology professionals can qualify for, and it requires specific training and often certification.

If you’re a hiring manager looking for systems engineers, you might be in for a long search. Even if you’re in the heart of Silicon Valley, finding qualified and experienced systems engineers — who are interested in leaving their current workplace — might be a challenge. What would be helpful is a trove of data about IT jobs throughout the country.

Lucky for you, you can be the beneficiary of our collection of that very data. We’ve spent over a year and a half accumulating data from a diverse array of sources: professional social platforms, job sites, and descriptions of existing positions. We’ve gotten a sense of where jobs are being posted, where professionals are accumulating, and who holds which certifications around the country — down to the city. See for yourself with our interactive State of IT Jobs map.

If you find yourself on the hunt for systems engineers, allow us to give you a sense of where our data suggests they’re densely congregated, where competition for them is stiffest, and where there might be less demand, but plenty of supply.

A trend that has emerged in our review of the data is that the eastern seaboard near the nation’s capital is dense with IT professionals. In this case, that trend holds out: Virginia and Maryland sit at positions one and three on the list of states with the most systems engineer jobs. California sits in-between the two at position number two.

Pennsylvania, North Carolina and Arizona Just Below the National Average

Of the open job postings and currently held job descriptions we analyzed, systems engineer positions are among the most well-represented in each state. Every state has a relatively competitive market for the position. So, we looked for where systems engineers are ubiquitous but not so dense that competition for a hiring manager would be too fierce.

In that vein, Pennsylvania, North Carolina and Arizona represent something of a perfect combination of raw number of systems engineers, combined with a statewide density that comes below the national average. Our data suggests that in these three states, there are enough systems engineers to make your search for someone experienced and looking for a change fruitful, but not so dense that there would be much competition from other companies looking for the same.

Generally speaking, systems engineers who hold industry certifications tend to be clustered in the largest cities in a state. In Pennsylvania, the super-majority of engineers with professional and expert-level certifications are largely in Philadelphia. There’s also a high number in Pittsburgh, Reading, and Harrisburg. Outside of those cities, the numbers drop enough that it would likely be challenging to find competitive candidates.

In North Carolina, systems engineers seem to be spaced out throughout the state more than compared with Pennsylvania. Raleigh and its suburbs have much of the state’s certified systems engineers, and Charlotte has a lot, too. But in North Carolina, the place that should give a hiring manager pause is the presence of Fort Bragg and neighboring Fayetteville. Many certified systems engineers and positions for them are posted in that area, and a company in need of one could likely find experienced candidates looking for a change from one of the largest military installations in the world.

In Arizona, it probably wouldn’t be very worthwhile to look further than Phoenix and Tucson. Although there are many systems engineers in both places and their suburbs, outside of them, the number of certified expert IT professionals drops precipitously.

Compared to the rest of the country, Georgia’s population of systems engineers makes up a small percentage of its entire workforce, but still has very high numbers of the position throughout the state. In other words, of all the states with very low proportions of systems engineers, Georgia has the most in terms of raw numbers of open and filled positions.

Our data suggests that in Georgia a hiring manager could find a large population of systems engineers, but relatively low competition from other companies. Inside the state, the vast majority of expert-certified systems engineers are in Atlanta. But Augusts and Warner Robins make strong showings in the data as well.

What to Look for Certification-Wise From Systems Engineers

A systems engineer is not a glorified systems administrator. The job responsibilities and expectations for a systems engineer go far beyond maintenance or design. A systems engineer provides analytics into the use of a system, uses advanced mathematics to make improvements, often writes code to engineer unique solutions to an organization’s distinct problem sets.

A part of the interview process should be validating a systems engineer’s experience and abilities in communication, documentation, system architecting, and technology familiarity. After designing and recommending a system, a systems engineer will need to not only understand the design, installation and usage of components, they’ll need to communicate them to stakeholders and the rest of the team.

They’ll also be responsible for the system itself, providing guidance on cost, design, stability and scalability. A systems engineer tends to be too senior to be involved, first-hand, with troubleshooting of individual problems, but they are responsible for system-wide monitoring, and ensuring security.

These are all difficult skills to quantify. And while an interview may reveal much about a candidate’s personality and soft skills relative to these skills, industry certifications are often the only way to be sure of mastery and confidence in essential competencies.

If your organization uses predominantly Cisco equipment, Cisco’s expert- and professional-level certifications help ensure that a systems engineer is at home and entirely competent with their use. The Cisco Certified Internetwork Expert (CCIE) has seven specializations, and which your organization should focus on will depend on what you’ll need from your system engineer candidate. CCIE Security for security-focused engineering, CCIE Service Provider, CCIE Enterprise Infrastructure, or CCIE Data Center for deep familiarity with the systems and networking required for massive operations.

If you’re a hiring manager on the search for systems engineers, if your company can afford to, your best bet is to cast a wide net. Different states have different concentrations of systems engineers, and will represent a different challenge for enticing them to you and your organization. What’s the situation like in your state? Check with the interactive, free State of IT Jobs map. 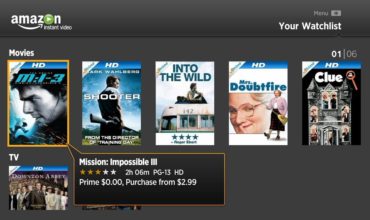 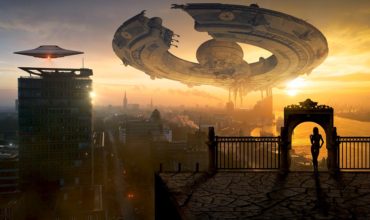