We all have seen video games revolutionizing our learning experiences and developing strategic skills. The genre that has focused more on building our imagination, problem-solving skills, and taught us to work under pressure are puzzle games. It is a gripping way of opening our minds to learn some new sets of skills.

If you are willing to treat your brain and challenge yourself, here is the list of best puzzle games in 2019:

Baba Is You is one of the best word puzzle games of all time. You have to move blocks to do complete work, and those words will define the rules of the game. The formation of words will do surprising stuff like making water float in the sky and altering the objects into one another.

So, are you ready to join the words and set your own rules? Baba Is You is a must-have puzzle game this year.

Return of the Obra Dinn:

Return of the Obra Dinn is a first-person, 3-D puzzle game with astounding graphics and appealing cinematography. So Obra Dinn is a merchant’s ship that is believed to be lost far away in the sea, and you have to rebuild the boat with the old remains.

Let’s see how well you train your mind to complete the boat.

Sushi Striker: The way of Sushido:

Sushi Striker is a Nintendo Switch exclusive puzzle video game. In this game, each player strikes each other with sushi to win the battle. You will be required to match the plates, conveyor-belts and sushi types to outsmart your opponent. Presence of mind will be the key to win this game. One tip to win the game is to befriend the Sushi Sprites, and you will be able to get an edge over your competitor by using their powers.

So, are you excited to play one of the best puzzle games? Add this video game to your wish-list now and enjoy!

Do you love chickens? I am sure you do because everyone loves chickens. Bomb Chicken’s developer and designer took advantage of all the love for chicken and created this game. Bomb Chicken is an old-fashioned puzzle-platformer, and fast-paced video game. This game is a bit different from reality, instead of laying eggs, chickens lay bombs to avoid stressful situations. Lay bombs, dig, climb, bounce and burn all of these summaries the unique game, Bomb Chicken.

Are you ready to go for a magical ride? If yes, then The Gardens Between can be the best puzzle game for you to play this year, at least.

The Gardens Between is a story about two friends who want to get to their favorite play area, but they have so many hurdles in the way. Two friends, Arina and Frendt, are on this magical journey in the surreal worlds, with their lanterns, trying to find a way to their destination. They will be required to solve the puzzles at every step with your help because you have the ultimate power to control the game.

It would not be justified had I not put the Tetris Effect in the best puzzle games list of 2019. The game is beyond your imagination; it wouldn’t be wrong to say that Tetris Effect is one of the most engaging and exciting games. Tetris Effect will be a bit confusing and complicated like every other puzzle game.

You will have to arrange all the geometrical shapes into the perfect places; it sure seems like an easy and uninteresting thing to do, but take my word on this it’s not a child’s play and it is not dull!

Q.U.B.E 2 is similar to Portal 2. However, if you are a Puzzle- video game person, you will notice that Q.U.B.E 2 offers more flexibility. Q.U.B.E 2 redefines the experience of playing a puzzle game.

Q.U.B.E 2 is a first-person puzzle-solving game that challenges a person’s presence of mind by manipulating colored cubes surrounding them.

Friday the 13th: Killer Puzzle is survival horror, puzzle video game. This game provides you with enough challenge to keep you entangled and engaged within itself.  Killer Puzzle is very smartly designed with a good sense of humor.

Golf Peaks is a very cutely designed puzzle video game. In this video game, you will have to climb mountains while playing golf. It is an excellent way of relaxing your mind. Relaxation with mental exercise, sounds great right?

If you haven’t played it till now, give Golf Peaks a try, you won’t regret it!

Mental exercise is as necessary as physical exercises. The best way of spiritual activities is to play puzzle video games. Realizing the importance of the subjective practices, we have gathered a list of best puzzle games in 2019. Let us know which one of these is your favorite in the comments section below.

Are Gaming Chairs worth It? What to Consider Before Buying 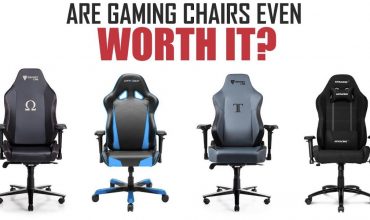