We frequently get the information about the Longest Six in a specific match or in a particular competition. In any case, are we mindful of the Longest Sixes in cricket (T20, ODI’s and Test Cricket combined)? All things considered, no worries to raise your eyebrows! In this article, we have covered the best and longest sixes of all time.

His beast six turned out in Big Bash League 2015 when he crushed the ball out of the park.

Let’s kick off the list with captain cool MS Dhoni. Dhoni is the most successful captain of the Indian Team. One of MSD’s sixes that is memorable and impressive is when he cleared the longest Adelaide Oval boundary while under immense pressure during the 2011-12 Commonwealth Bank Series. It was a breath-taking hit by MSD, with the ball sailing out of the boundary for 112 meters Six.

It was the first time Australia had hosted a tri-series since 2007-08, with India, Australia, and Sri Lanka competing. The host nation won the competition, but Dhoni’s six was one of the most amazing moments of that tour. Undoubtedly, MS Dhoni is one of the most destructive and longest six hitters in the history of Cricket.

Ahmed, current U19 coach and previous Pakistani batsman who played test ODI cricket for Pakistan from 1986 to 2001. Ijaz Ahmed was Right-hander batsmen and a part-time medium pacer. He was a sweet timer of the ball and the winning member of 1992 World Cup.

Ijaz Ahmed crushed his career’s greatest hit against England when he smacked the ball out of the ground for 115 meters six. His six is at 8th in the rundown of “longest six in the world”.

Corey Anderson has announced himself in world cricket by crushing Shahid Afridi’s 18-year-old world record of Fastest ODI century of all time. He smacked his maiden ODI 100 against West Indies by consuming just 36 balls.

He hit a ball on the top of Napier cricket ground for New Zealand against India for 120 meters six. The unfortunate bowler was Mohammed Shami.

One of all-time perilous hard hitter in cricket history, Jamaican left-hander Chris Gayle. It’s so understandable that Chris Gayle is in the list of batsmen who smashed Longest Sixes in Cricket history.

Chris Gayle needs no further introduction. We all know his ability to hit the ball hard and out of the ground at any venue. Let’s watch the clip and pick yours longest six. We are unable to find which one is the biggest among them:

Boom Boom and Sixer King. Nobody in the cricket world is ignorant of this ace of hitting. He began his career with the fastest century in ODI cricket, which stayed as the world record for the following 18 years.

He bid farewell from international cricket. However, he played some important innings and hit numerous monstrous sixes. Shahid Afridi’s six off the bowling of Ryan McLaren is still believed as the longest six in the world.

Martin Guptill’s 127m stunner off South African left-arm pacer Lonwabo Tsotsobe is also the part of longest six in cricket. South Africa was playing their first T20I of their 2011-12’s tour to New Zealand. Despite being whipped for a huge 103m six couple of balls back, Tsotsobe bowled a delicious half volley, which was smacked for a massive hit over deep mid-wicket.

Martin Guptill played an inning of 78 (48) and subsequently, New Zealand dominated the game by six wickets.

With the highest number of sixes, boom boom is again finding his place. The Pakistani “distinct advantage” Afridi crushed a colossal six of nearly 130m at the immense arena of WACA, Perth. The incredible Pakistani all-rounder smacked Andrew Symond’s juicy full-length ball for a relentless blow over long-on. This ends up being the second-longest six in cricket history.

Yuvraj Singh smoked a tremendous six of 119 meters off Australia’s fiercest bowler -Brett Lee. The forceful Indian left-hander hit this six of every a very critical semi-final of 2007 T20 world cup in South Africa. Yuvi flicked Lee’s 147.2 km/h ball expertly over the square leg as the ball cruised out of Durban’s Kingsmead Stadium.

The Prince of Mohali was at his best and played a thumping inning of 70 runs in mere 30 balls. Yuvi’s innings guided India to defeat Australia by 15 runs and arrive at the finals of the inaugural World T20 Championship against Pakistan.

Neither Kieron Pollard nor Andre Russell. Shockingly, it’s one of the world’s quickest ‘bowlers’ – Brett Lee has grabbed the no.1 spot. Binga’s mammoth six arrived in a test against West Indian pacer Darren Powell. Lee came to bat at number 9 and played a vital knock of 47.

The Australian quick bowler crushed Powell’s acceptable length ball over the mid-wicket, out of the arena into the cricket nets. After the day’s play at the Gabba, the cricket experts in the studio investigated and consequently arrived at a resolution that the nets were 143 meters from the batting strip! In record, this still presumed as the longest six in cricket history.

Abdul Basit
Abdul Basit Sayeed is an avid sports lover. He loves to read, write and talk about sports, health, business and news. He has done Bachelors in Commerce and aspires to become a successful blogger some day.

Beginner Mountain Biking Tips – 9 Things To Know Before You Go 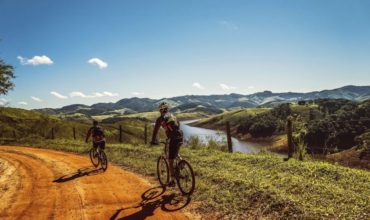 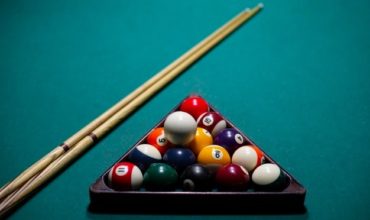