The Internet has come a long way from the time of the dial-up, and somehow, we have started taking the high speeds of today for granted. We keep complaining about the internet providers not doing enough or charging us too much for crap. I have heard people say such things even about the high-speed Internet that Spectrum offers. Being the second-largest provider in the country, it provides up to 200 Mbps of download speeds for its standard package depending on your location, and yet we are not satisfied.

However, that is only true until we encounter bad internet speeds. Then we feel truly blessed to be living in a country with high-speed Internet widely available. In today’s world, we use the Internet for everything from our children’s schoolwork to chatting with friends, working from home, and watching movies online. The dependency has come to a point where we cannot imagine a world without it.

However, contrary to our popular belief, America is not among the countries with the fastest internet connections available. That is right; there are other countries in the world with faster and better average internet speeds available to the public. Why do we care about it, you ask? Here is the thing; the way we work has changed over the years. Many of us travel around and work remotely, thus making internet access equally important at home, and while traveling.

So, if you’re one of the digital nomads moving around the world while working remotely, you’ll find this information quite helpful for you to be prepared for countries that aren’t among the list. Not that they will necessarily have terrible Internet, but it will not be as fast as you may expect or want. So here we go!

If you want to experience what the fastest Internet in the world feels like, then get your ticket to Taiwan and set up a station there. The average speed available there is 85.02 Mbps. To give you an idea of how fast that is, you can download a 5GB video file in 8 minutes and 2 seconds. I do not remember any time I was able to do that. Even though Taiwan is a developed country with all major cities able to access fiber connections to receive the fastest speeds, there are still some smaller cities and rural areas that receive slower speeds. One thing to keep in mind when in Taiwan is that their laws allow for web surveillance and restrict speech.

Second, in line with the world’s fastest internet connections, is Singapore with an average download speed of 70.86 Mbps. You can download a movie over these internet connections in only 9 minutes and 38 seconds. Seriously, it takes me longer to cook instant noodles that are supposed to take only 2 minutes. Talk about delivering what you promise. Just like Taiwan, Singapore also allows web surveillance and restricts speech.

I’m not surprised to see Sweden in the top three. I mean c’mon we all know all good things are offered in Sweden, from, tranquility, peace, beautiful landscapes to high-speed Internet. Sweden offers an average download speed of 55.18 Mbps without any web surveillance, restriction on speech, social media bans, or any other sort of internet access restrictions. It is the perfect place for everyone to work, be it remotely or in an office.

Taking after their neighbor, Denmark comes fourth in the line of the fastest Internet with average speed reaching 49.19 Mbps. However, they do run web surveillance, unlike their neighbor. There aren’t any other restrictions, though.

One of the leaders in technology, Japan, was bound to be among the top five countries with the fastest internet speeds. At number five, the average speed people in Japan normally receive is 42.77 Mbps. Japan also runs web surveillance and has laws restricting speech.

Known as being the investment management center of Europe, Luxembourg has kept up with the fast-paced technology of the world. With its average internet speed reaching 41.69 Mbps, it has secured the 6th spot among the fastest internet speeds in the world. Besides web surveillance, there are no restrictions on internet usage or users.

It may be a small country, but the internet speeds are high, with the average being 40.21Mbps. Just like Luxembourg, they also have no other internet restrictions besides web surveillance.

The magical country of many honeymooners’ dreams, with scenery that can be easily mistaken for heaven, is also amazing Internet wise. Standing at number 8, the average download speed offered is 38.85 Mbps with no internet restrictions at all. Planning to take a trip to Switzerland while working remotely? You’re in luck, my friend.

Yet another Scandinavian country among the top ten. I wonder what it is that makes these countries good at everything. The average speed offered in Norway is 38.85 Mbps that allows you to download a 5GB video file in just 17 minutes and 34 seconds.

The land of beautiful people and many festivals stands at number 10 with an average download speed of 36.06 Mbps. The same 5GB video file mentioned above can be download in about 18 minutes and 56 seconds. However, like many other countries, they do run web surveillance and have restrictions on speech. There aren’t any other restrictions besides these though.

There is no match when it comes to Belgian chocolate and while you enjoy the amazing chocolates, you can also enjoy one of the fastest internet speeds in the world. At number eleven, Belgium offers an average download speed of 35.69 Mbps to the public. Just keep in mind though that they run web surveillance.

Yep, this is how far down the list America is. Although still much better than the rest of the world excluding the above eleven countries, it comes as a surprise that the world’s tech hub and superpower do not have the fastest Internet in the world. The average download speed received in the U.S. is 32.89 Mbps, and you will face network access inequality when using an internet connection in the country. What this means is that when you use the Internet in America, you may not see all businesses and products.

That’s the top 12 countries with the fastest internet connections in the world. I hope this is helpful when you’re planning your next adventure or work endeavor. Or you simply want to boost your morale, knowing that you’re receiving much better internet speeds than most of the world. 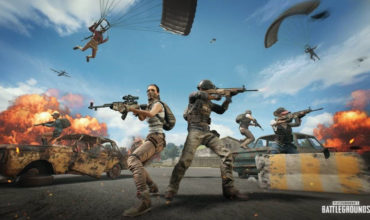 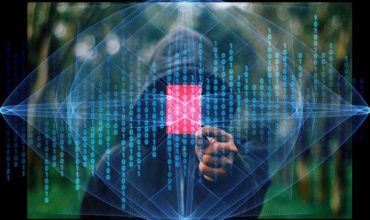