Law and order in Canada have always been cherished by having a strong system. Several attorneys can guide them through the process if someone is charged with any criminal act or civil offense. The criminal lawyer Winnipeg is incredibly widely-known for their experience, skillset, and integrity towards clients.

On the other hand, you may be in a dilemma on which type of lawyer to go for assistance. For that, you must understand the key difference between civil and criminal law. This article is just for you.

Criminal law is the system of law and order that fights for different criminal acts within the country. Any act that threatens harms, and endangers the life of others is a criminal act. The section of the law that works in ensuring punishments for criminal offenders is called criminal law.

On the other hand, civil law is the primary source of law. This law system of a country is focused on resolving disputes between the community’s internal members. The law does not focus on criminal acts at all. Moreover, military and religious offenses are also not involved in civil law.

While there is a subtle difference between civil and criminal law, it is not limited to only the definition. Here we look at 05 crucial factors that differentiate the two laws in Canada.

In criminal law, the crown of a state is basically the one who fights against the defendant. Here it is a case of the state vs. the person in a criminal law case.

On the other hand, in civil law, two parties sue each other and go against each other in court. The parties involved can be any individual or company and organization. The party who sues the other party is called the plaintiff, whereas the party sued is the defendant.

The Cause of the Case

There is a significant difference in the cause of the case. When a case has been filed under criminal law, one party has violated Canada’s law and order. These offenses are either mentioned in the criminal code of Canada or federal and provincial legislation.

Conversely, the parties involved in a civil case have some form of dispute or disagreement. They cannot come to a negotiation or agreement on their own. They might be suing for debt, breach of contract, or any personal injury compensations.

In contrast, the pre-trial period in a civil case is known as discovery. Here, the mediation or lawyers of both parties come together to settle the dispute outside the court. If things do not go accordingly, the case goes to the court, and judges will give a verdict. The parties can request a jury of a maximum of 8 members.

The Liability of Proving the Cases

Under criminal law, the case must be proven beyond a reasonable doubt. There cannot be any form of confusion in the minds of judge and jury in the result of the case.

However, under civil law, the settlement of the dispute depends on probability. That means that each side will present their argument, and the judge and jury will decide which side is more probable of being guilty.

In civil cases, the judge usually takes the jury’s advice into account. The jury generally recommends a settlement that the judge will later accept. In most civil cases, this involves deciding who will pay how much to which party involved in the case.

While there can be many differences in how the two cases are approached, these 05 key differences between civil and criminal law are the simplest ones to differentiate them. It is essential to know and understand the two laws to go for your case’s best lawyer in the business.

How To Get A Criminal Case Dismissed 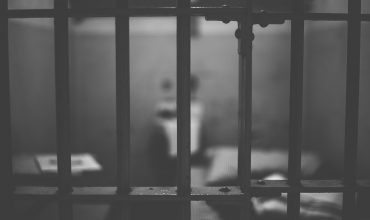