Shakespeare once said, “This world is a stage, and we all are actors”. This quote fits best when it comes to the best RPGs. In this genre, you are supposed to act like the character and take decisions, perform duties and tasks as required. This genre is thought to be a collaborative and interactive way of storytelling.

Best Roleplaying games are as under:

The story continues with Prince Noctis, along with his friends, is on the journey. He and his friends are willing to take back Noctis’s kingdom being held by Niflheim. He is now on the verge of fighting a battle, and his friends will assist him.

Noctis is the only playable character in the game. You, playing as Noctis, will have to fight for the kingdom. In this battle, you will be facing a lot of magic, in addition to the weapons. Will Noctis be able to reclaim his throne? To find out, play one of the best RPG, Final Fantasy!

The story is about a tenacious boy who is wandering and fighting for a place to be called his home. This action-RPG allows you to be characterized as this boy and fight against the “Dark Souls”. While playing as Ashen, you will be able to explore different caves, forests, ancient places to find equipment to win the battle. All the fighting, exploration, findings will be in a dark world.

Dragon Marked for Death is one of the best RPGs in 2019. The story is about four people, Empress, Warrior, Shinobi and Witch. These are from Dragonblood clan. All 4 of them want to seek revenge against an evil empire who burned their village. So, they formed a pact with a dragon named Atruum to help them for the cause.

If you are willing to experience a real-time, exciting and engaging combat, this game is for you.

Next, best RPG is Monster Hunter World. As the name suggests, the plot revolves around a hunter, supported by an assistant handler. The player has to play a hunter who is trying to hunt for the monsters to protect the ecosystem. Whenever the player captures or kills the beast, he is provided with loot that will help him further. Let’s see if you can save the ecosystem of the New World.

This is a journey of a prince to be an aspiring and inspiring leader. His struggles, his learnings and his capabilities to be a true leader are reflected in this game. With the support of his friends, Evan experiences new things in the overworld, like magic and deadly combats. You will be required to play as Evan and help him save his regime.

Sora, a young boy and an unknown heir to a spectacular power. Sora, along with his friends, Donald Duck and Goofy are on an adventurous trip. They are trying to save the world from evil. The evil, known as Heartless, is trying to capture the universe using his ill-powers.

Along with the weapons, Sora uses his power of friendship to help the world. Their friendship led to the union of iconic new and old characters of Disney-Pixar to help them save the world. Again, a remarkable and one of the best RPGs of this year.

Eight travelers, different places, different capabilities actually sum up the story of Octopath Traveler. You can decide who to team up with, where to go. You can choose one of the eight travelers to play. Each traveler has a distinct quality. You will be assigned to the tasks and responsibilities while playing the game. You can also challenge other people for a duel for completing your task.

A new creature, Oracle Cells have attacked the Earth. The world is in danger and is looking up to you for help. You will be playing as God Eater, and you are capable of absorbing energy from the monster-like creatures. Let’s see if you can save Earth from these out worldly creatures.

Eothas, the God of death was considered dead. He now awakens and is in destruction mode. He is killing and destroying everything. He is trying to find you and kill you as well. You, as a player is a gifted soul, you can see things which others cannot. In addition, to seeing and speaking to the souls, you can affect them. It is sort of personal combat between you and Eothas. You have to find Eothas, save yourself from him and get your answers. Wish you luck for the battle!

The last best RPGs on the list is Vampyr. You are playing a newly turned vampire, who is also a doctor. Your city is suffering from a new disease, and you have to help your patients fight that. At one point, you have to fulfill your duties as a doctor, but on the other hand, you have to quench your thirst as a vampire. Now, what will you choose? Will you be able to keep up the promises you made to your profession or you will live on others’ blood. Play and find out!

Role-playing video games are my favorite personally. They allow you actually to empathize with the character you are playing for. These are all the best RPGs, and it is pretty much difficult to say which game tops the list. 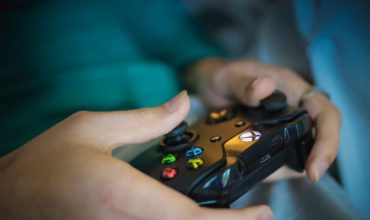 What You Need from a Gaming PC 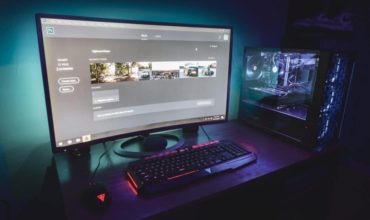 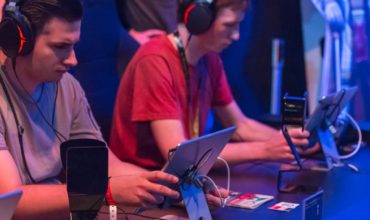