Sony had been determined to correct its mistakes that resulted in the ‘less than successful run’ with its PlayStation 3. It was now onto releasing a console with the mass appeal of PlayStation 2, which still is the all-time bestselling console. Coming to the new console, PlayStation 4, it offers better graphical capabilities and processing, has increased emphasis on social interaction with other services and supports HDR10 and playback of 4K resolution.  Also, with the best PS4 games, you can have the time of your life.

The library of Sony’s PlayStation 4 has something for almost everybody. Today we are going to put together the Top 10 games of PlayStation 4 that you, without a brisk of doubt, will love playing. In this list, we have added only the games that, on GameSpot, have received an 8 or higher. So without further ado, let us get into it and show you the best PS4 games .

This is a battle royale game that is free-to-play. This is one for the best PS4 games with great humor with unique characters and a fun micro-storyline. It is a very popular battle royale. It sort of has elements from multiple things. With a sci-fi setting and some elements resembling Fortnite, this game has come out as absolutely amazing. They have also got backstories and special abilities which add up to the fun. It is a must-play game with your gamer friends and also an opportunity to make new ones.

The game is an action RPG. Basically, the players in this game are asked to survive in a gothic fantasy world where there are uncountable brutal odds. Dark Souls 3 is a masterpiece as it has got the best combat, bosses, and music so far in the Dark Souls series. This is a perfect game for the players who want a good time and a good challenge. Also, the souls’ series has amazing characters like Solaire of Astora, Siegward of Catarina and Anri of Astora. The overall content that this game contains is humongous. Once you start it, you will get hooked until you reach the end.

Over-watch is a multiplayer based arcade game and was first released in 2016 for Xbox One, PlayStation 4 and Windows. This game uses lots of strategic thinking while choosing your character, and unlike other games, it is super user-friendly. What players love about this game is the diversity of all the characters with each of them with an interesting backstory. The game does not require a lot of grinding, so it also appeals to the gamers that are less experienced but simultaneously have a great competitive player base. It is one of the best PS4 games to play with your friends. Also, its the perfect game for her as well.

4. Rise of the Tomb Raider

This is a truly phenomenal game from the start to the very end. It also has some best visuals around. There are more platform zones, exploration, and stealth mechanics than the shooter moments. The plot of the game is great, too, and there is plenty of content to discover.

Fallout 4 is a PS4 game with great graphics and legendary weapons. This game also has lots of mods, and the storyline is excellent, as is very understanding. The characters too are great with fantastic setting and gameplay. You will not be disappointed by this game.

It is basically a phenomenal game with so much to do.  From hunting mythological creatures to fighting the frontlines in the battlefield to assassinating the public figures, the game has it all. The number of weapons and the way you use them is close to limitless. The system of upgrading along with the drive to the better and bigger gear is addictive. And so is the ability to customize your outfit. If you are one of the gamers who love RPGs, Greek culture and just plain exploring, then this game has been made for you.

Uncharted 4 is the kind of game that will get you hooked from the beginning and won’t let you go until you get to the final frame. The main idea of such exciting games seems like you are watching a fantastic adventure film, however, additionally you get to fully participate in it as if you are a part of it. The game in itself is not very difficult, although if you like challenges a little too much, then you can always raise the difficulty level in the options menu. There is plenty of jumping, shooting, swinging, running, sliding, climbing and punching in the game. Moreover, the world in this game is beautifully rendered, and you will undoubtedly find yourself distracted by the views while just walking around.

8. What Remains Of Edith Finch

‘What Remains of Edith Finch’ has an incredible interactive story, with plenty of exploration and deep background. The graphics of this game are pretty epic too. The gamer plays the role of Edith Finch, who is in search of what happened to each of her family members. The story feels real enough for you to believe that you connect with the character as you go further ahead in the game. It can also be said that this game is a must-add on the list of ‘games worth giving your time to’.

What is very fascinating about this game is the world created by Rockstar, which looks as real as anything. With the high definition and the smooth lighting, this game looks way better than the GTA IV. The map in GTA 5 is way bigger than the previous ones too. Absolutely fabulous and a must-play game for PlayStation 4 it is.

The Red Dead Redemption 2 is the kind of game that you might judge as slow to start and archetypal. But it can be mainly referred to as the game that gets really good as you go on. It has Wild West opera that makes up a world of characters in amending times. This game will take you through a journey full of obstacles that the characters face by the new world that is in the process of taking over; simultaneously fighting the remains of the old one. Red Dead Redemption is the game that enables you to hunt animals and fish, rob banks and meet new people for tasks. Surely, one of the best PS4 games to have in your collection. 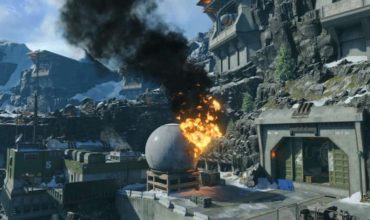 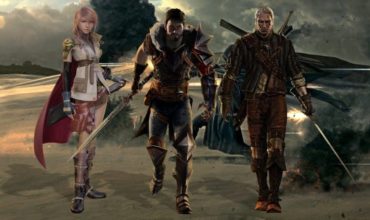 Best Fighting Games To Play in 2020 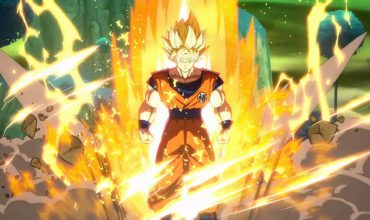