The video gaming industry is without a doubt is growing like never before. It has so much variety to offer and the list keeps growing. However, if you love fighting games, the following list will be useful for you.

Here are the best fighting games:

The game starts just after the end of Dragon Ball Z. There happens an incident and that results in the downfall of the Dragon Team. The story is divided into 3 parts, Android Arc, Super Warrior Arc and Enemy Warriors Arc.

The incredible fighting game does not need any introduction. The game’s speed and fluidity is beyond perfection. It allows you to play in teams for 3v3. The game allows you to build your own team and develop skills for spectacular fights. The main thing you need to focus while playing the game is timing. Once you run out of time, you lose. This is one of the best fighting games.

The next game on the list is Under Night In-Birth. The story tells us that in many regions of Japan, shadow like structures are taking over and the country needs to be protected. Normal human beings cannot see these Voids (shadow creatures) but certain people have the power to do so. If anyone is attacked by the void, he or she becomes an In-birth. You can either be on Voids’ side or you can oppose them, it is totally up to you.

Ever dreamt of being a Pokken master? If yes, then play this game. The game allows each player to fight against each other using different Pokéen. It is a 3D game in which all the fights take place on a circular stage with camera being on the back of the player you choose to play with. You can also take help from your Support Pokken and add up a little spice to the fight. The game can be played against computer or against any person, the choice is completely yours.

This game doesn’t have much of the story though Boruto is Naruto’s son. The game tale revolves around Boruto. You will just be fighting against your enemies. You can team up, create your own character and just fight! There are 3 different modes of the game:

Followed by Dead or Alive 5, the game focusses on 2 things and those are the combat against “Ninja and DOATEC” versus “M.I.S.T by Donovan”.

The game is said to be a little sexist but with its excellent graphics and amazing fighting experience, the players still love it. If a person is wounded, you can visibly see it on the screen, it feels like a real life combat.

Following the story of Mortal Kombat X, the character Raiden, is still in the “Dark”. Raiden goes back to time and change the events of 3 games. The characters will be meeting with their different versions. Along with the old characters new ones are also added to the game. The first game was launched in 1992 and till today, it has proved to be on the best fighting game list.

The game is considered to be the master of bloodiest violence. The violence, dark fighting theme with evil mind characters make it different from others.

The game is surely confused with Mario but it is totally different. Though, there is no much of the story to tell but the game is a fantastic one. You can choose the character and arms too. You can punch, dodge, jump and even twist the opponent. The job with graphics also did justice to the game.

The next best fighting game is Marvel Vs Capcom Infinite. With insanely famous Marvel Super heroes the game allows you to play in tag team. It is a cinematic story that tells about the collision of Marvel and Capcom’s Universes conspired by Ultron Sigma.  The two opponents fight together to save their own universe. You can play the game against the computer or against any person. Just one thing, presence of mind is the key to win.

The story is based on the collision of universe. The people are fighting for their place. The game allows you to play in 2 vs 2 tag team with some amazing moves. It’s a cross over of 4 different universes. You can play from Blazblue characters, under night in-birth and Persona 4 Arena.

The ultimate fighting story of Mishima Men. The fight is for the control over Mishima Zaibatsu. Jin Kazamu is still missing in this installment. An investigative journalist who has lost his wife and child in the war which was started by Jin tells the tale about Mishima and G Corporation. With eye-catching graphics, excellent features and incredible fighting experience Tekken 7 has ruled out a new standard.

If you really love fighting games, then these are a must have! Personally, my favorite is Pokémon Tournament because I just love Pikachu. The cute face will just melt your heart away. Now which is your favorite? Tell me in the comments below. 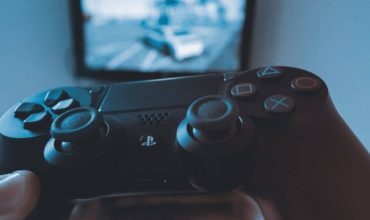 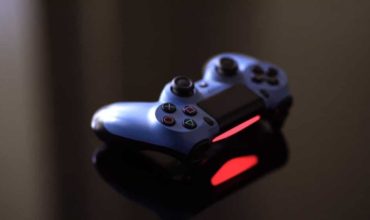 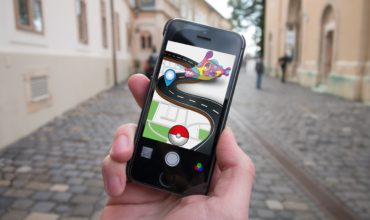