BBC iPlayer is one of the most popular internet streaming services used by millions of people. This service is available in devices such as mobile phones, personal computers and smart televisions as well. It is a free streaming service for the people of the UK. Even if someone is outside the UK, they may not be able to use BBC iPlayer. But that’s, not a problem as there is a VPN for BBC iPlayer which is a saviour to every question. You can get access to many famous TV shows. Therefore, we have prepared a list for you of the best BBC IPlayer shows.

A Golden Globe-winning series and American comedy-drama name Atlanta with the actor Donald Grover who not only an actor but also is a writer, creator, producer and of course the director for the series. It is a story based on two cousins who are trying their best to make a life for their self as well as for their families in the Atlanta rap scene. Make sure you watch this as it will give you one fun time.

A divorced single mother of three children can be very hectic and with this comes a show on Brit TV called Better Things. It is a fantastic show about a single mother. The show nominated for Golden Globe Awards and Primetime Emmy Awards in 2018. The show already has two seasons available and aired its latest season on 28th March 2019. If you are not familiar with the show, then there is excellent news for you, BBC iPlayer is currently streaming the shows 2nd season, you should catch up or start binge-watching.

Everyone is much familiar with Deadpool by now, well its was one the blockbuster hit of 2018. Now think of a British, female Deadpool, this was Fleabag steps. It’s an incredible comedy-drama TV series which navigates the life of an angry, confused and sexually voracious young woman living in London.

The 6-episode show received global appreciation and has a 92% rating on Rotten Tomatoes. And, unfortunately, it won’t be renewed for any other season. The show is based on a novel by Victor Hugo and also was made into a movie back in 2012. The story goes like this, after serving 19 years in a French prison, Jean Valjean is a changed man. He treated like an ex-convict where his only crime was stealing a loaf bread.

Last year on 2018 the trailer of Killing Eve did not disappoint us at all, and the show had proved us right that this series is impressive. Now comes season 2 which is just not about a psychopathic murderer or about a secret spy who wants to get rid of the monster of the town. Instead, it is about something between two people. Sandra Oh plays the mysterious spy, and if you have seen Grey’s Anatomy, then you already know what a superb actor she is.

After the conclusion of the last four series, the director confirmed that it would take another three series to complete the story which he wanted to. Cillian Murphy is flawless as he once again reprises his role as Tommy Shelby, self-made Birmingham gangster and top of the Shelby clan. Now thrust into a new, genuine light, Season 5 promises new threats in abundance, as the world of politics turns out to be as competitive as the criminal world he’s left behind. All four previous seasons are available on BBC iPlayer. Peaky Blinders season 5 was released on 25th of August, 2019. So don’t miss the latest episodes of this BBC iPlayer Original.

Our Girl focuses on the women who join and dedicate their lives in the armed forces. The series began airing in 2014, and the third installment of the series is currently running. The third season is all about the mission that the British army undertook in far off region. Such as Nigeria and Bangladesh, struggle the Boko Haram and another militant.

The film retells the story of Lord Mountbatten’s death and how he was killed by an explosion by the IRA on 27th of August 1979. The film compellingly weaves together the way the whole thing happened, simultaneous charting of its impact upon other lives, decades later, that sticks with you, as the pain and cost that eventually led to peace linger only just beneath the surface.

In these series, David Tennant and Jessica Hynes both are playing a significant role in this British comedy television program. It is going to be a joyful series to watch. It is also a perfect show to watch with the entire family. One of the best BBC iPlayer shows to watch with everyone.

From Neil Armstrong’s iconic steps on the moon comes Apollo 11 ambitious documentary by PBS, this tells the story of the humankind’s epic and breathtaking achievement, also shows the situation of the social dynamics of the USA in the 1960s to the global political conflict playing out in the background. The result is a multi-episode history lesson that starts long before the moon landing and continues to look past it to how it has inspired generations.

If you want to watch any of the above BBC iPlayer shows, then signup to the service today .

Unfortunately, BBC IPlayer only gives facility in the UK. It is because of the regional restrictions placed by the content producers that want to limit people outside the UK from streaming anything online.

However, you can use it through VPN as mentioned above, by some simple steps 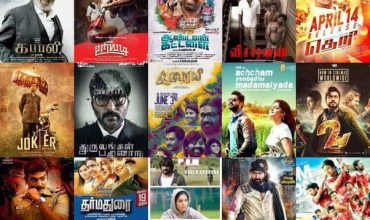 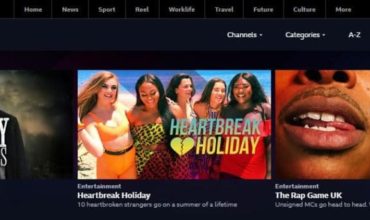